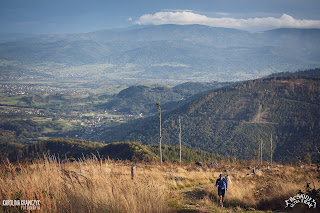 17 large teeth of the comb aka route profile. Stones and pebbles - large, small, stuck in the trail and loose. Steep uphills and few flat sections. 100 kilometers. And 25 hours to complete it all. Why for God sake did I sign up for it?

Oh I remember, it's probably because I didn’t suffer enough during Łemkowyna Ultra Trail 150K last year. It was too dry, too flat. No sadistic enough. I'm insane. After last year's ŁUT 150, my first almost 100-miler, my satisfaction was incomplete. Blood, sweat and tears - that's what I wanted. And Beskidy Ultra Trail aka BUT looks like a perfect run to get spanked by the mountains, to check my limits of endurance. The legendary "sadism" of the routesetter of BUT - Michał K., also attracted me, because as you know, sadists attract masochists. So I signed up.

I did the main training before this race during my fastpacking trip in Cornwall. Nine days of running and power hiking along the Coast Path with a 7 kg backpack not only prepared my legs, but also let my mind get used to difficult terrain, dozens of steep climbs, downhills and brutal weather.

The pre-start evening is usually all about butterflies in my stomach and the stage of negation. Tired, sluggish and not ready. I don't want to start in this monster! Stress level max, glycogen saturation - level hipermax. I don't want delicious carbs anymore. Give me some cheese, bread, but first of all, give me a bed, because soon I have to get up at a sick hour. Or maybe I could accidentally not wake up on time? It’s tempting.

But all these negative thoughts disappear when I approach the start line, in full gear, with a race number at the waist. At 2:50 a warrior woke up with me. Hakuna Matata, give me here all these mountain peaks and I’ll smash them. At 4 a.m. we hear the final countdown, see the smoke, lights and the fun begins - we are heading up the first hill. Girls, girls, girls everywhere. Why are there so many of them passing me by? Oh yes! The people from the 100 km race and 73 km started together. From now on, when I approach any girl I cautiously look at the colour of her race number. Green - take it easy  - she's from 73K. Red colour - brace yourself! When overtaking girls from a different distance I say hello to them, but in the case of red ones I usually don't say anything, as it seems to me a bit rude to overtake a rival with a "hello" and a big smile. Maybe it is better not to say anything but to run away.

My legs are warmed up nicely after a dozen or so kilometers and here we arrive at the bottom of Szyndzielnia mountain! A huge steep green wall at the bottom of which you are so tiny. So wise that Kasia and I did the BUT recce, which covered this unforgettable uphill. Now I can see how much mental strength can help in an ultra race and how useful knowledge of a route is. During the recce I had incredible power in my legs, and Szyndzielnia tired me but it didn't hurt so much. So now I feel that I can do it quickly because my brain remembered that I did well before. It's amazing what the power of suggestion is. And in fact, after climbing for about 20 minutes in a human tram, I reach the peak with a small square full of exhausted runners. A moment ago I was walking up the hill in the crowd, and now I’m running down to Dębowiec basically alone, because a lot of people are taking a break at the peak to catch their breath. 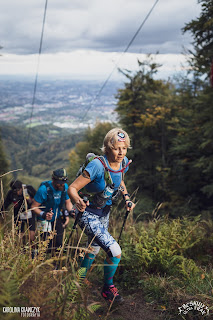 The views are gorgeous but I don't have much time to admire them. I focus on not falling down in my Brooks Cascadia. My brain is also busy with sticking to my schedule. Although it is hard to plan a precise pace for ultra, I almost always prepare a small piece of paper with split times and distances between checkpoints because it motivates me better to keep the pace and run. So I try not to look at the overall distance but at these small split sections. I’m doing OK increasing my advantage over the planned pace and times. I may have planned it too safely, but it's much better for my head to know that I am ahead of the schedule than if I was behind it. 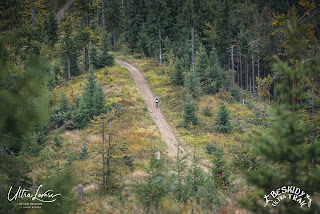 Meanwhile, I'm climbing the Stołów mountain and I feel like on some damn treadmill. This is rather an unusual treadmill - they spilled stones on it, set the slope to approx. 35% and pressed Quickstart! The trail seems to have no end, the views on the sides are still the same, and behind each turn there is another uphill and another. Endless! Fortunately, I remember from the recce that it will end at about 900 m above sea level, so I’m checking my Garmin altimeter every two or three minutes. I feel some pain in my left achilles and heel. I could have expected it because this problem appeared 2 weeks before the start, but so far the pain is not serious, it is rather a discomfort.

At some point I lose my split schedule (damn it!) and I can't find it later, but I somehow remember it. Generally, still doing OK. Only the last brutal kilometers of the race were slower than I assumed.
Meanwhile, we have a checkpoint at the 50th kilometer. This is where you can opt out of the hundred for the price of 1 point less to UTMB and change the distance to 73 kilometers. Make it to the evening party, save some body. I would like to make it to the evening party.

My husband, who is waiting for me there says that many people have decided to change for the shorter route. I DON'T HAVE SUCH A PLAN. The left achilles and heel are painful, the chafings under my armpits and on my back caused by a wet T-shirt and backpack are itchy as hell, but as long as I can run, I will run’em all these fuc*ing kilometers. 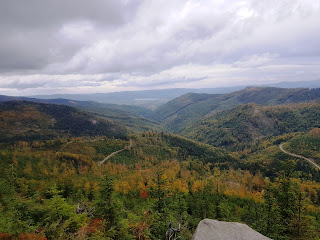 Climbing Barania Góra mountain is a feast for the eyes. The vastness of gold-green-red autumn slopes cut with beige ribbons of paths. Space, emptiness, only mountains, me and two other runners.
The downhill run to Węgierska Górka checkpoint is easy but damn long. I listen to an audiobook to break the monotony. I follow a runner's back confidently and suddenly I see that he is coming back because THERE ARE NO MARKS. Bad luck - I lost my way! We are coming back and soon find a hidden turn leading of course uphill. Well, we have lost about 700 m and a few minutes.

I have a plan for a checkpoint at Węgierska Górka (73 km). Change my t-shirt to a dry one before the wet one rubs me to the bone and eat a potato or soup. The vision of a potato so different in taste from sweet gels and bars has been on mind for several kilometers. But, at the checkpoint I hear breaking news from the volunteers
- You are the second woman, they say.
- What??? No, it must be a dream. It’s Impossible. Fifth, sixth, it's likely, but second?
The vision of a potato drifts away, replaced by a red lamp in my head - you need to get out of here as soon as possible!
- Relax, the third one is not on your tail, shouts a nice guy, but I know their tricks. First lurking behind, and then a few kilometers before the finish line passing me by like a TGV. I know how it hurts - I remember it from two other races. So no potatoes, just jump back on the trail and straight to the finish line. Later, my husband checks in the online results that the third girl is 20 minutes behind me. Seems a lot, but I have to be alert and fast. I do my best.

It's getting darker and the reality is getting more and more blurred. Someone is standing by the road. A woman with long blond hair? No, it's just a birch with golden leaves blown in the wind. Oh, I’m having some nice hallucinations. In a moment a large turtle is looking at me. I think I have to slap myself in the face to get sober and alert. 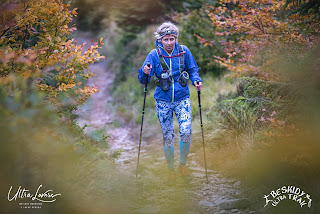 It's a weird time and weird reactions. At the next checkpoint in Ostre (87 km) I eat some soup and change batteries in my headlamp, but how far is the third girl behind me ??? Maybe she speeded up? My husband who joined me for a few minutes at the checkpoint knows well how will I feel if she overtakes me. So he says "okay, get the fuck outta here". And I give him a kiss with a smile and get the fuck outta there. Such a sweet small talk of husband and wife can only be heard at an ultra race.

And now, the Skrzyczne Mountain ahead of me. In less than 4 kilometers, I have to cover almost 650 meters up. I'm climbing. Unbelievably slow. I do 3.5 km in an hour !!!! Guys from my distance pass me by and I stay alone. I am now the main character in the Netflix's best-selling thriller based on the Stephen King novel. Darkness everywhere, wind is howling, trees crackling on the sides, something falls to the ground from time to time, and everything is enveloped in such a dense fog that the light of my headlamp can barely break through this milk. I try to sharpen my senses. First of all, my sight so as not to lose my way.

Finally, there is the peak of Skrzyczne, and now I am running downhill again. And I'm waiting for the promised short but vertical wall, an extra bonus before the finish. And there it is, cruel, but because I am mentally ready for it, I climb it with dignity, although on soft legs. The worse section comes afterwards, because it seemed to me that I would start to descend now but the road is still winding up. Well, this is BUT - it sucks everything out of you and holds you in her steel grip till the very end. Finally, the trail leads down, I’m run along a promenade and turn left to the finish line. 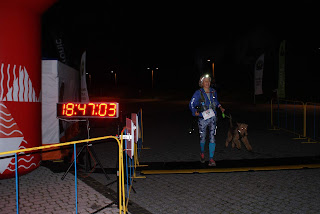 Joy! Relief! Triumph! I love it! I made the whole BUT 100K and I'm still the second female and 30th competitor overall. 18 hours and 47 minutes instead of 20 hours as I cautiously planned.
The Beskidy Ultra Trail is one of the two toughest mountain ultramarathons  I've ever made. The second one was Lavaredo. I am extremely tired, but very happy and finally 100% satisfied as I...
made it to the evening party :D
and look what was waiting for me in the fridge: 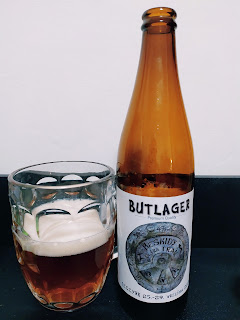 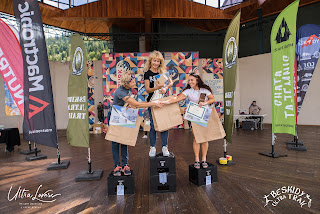 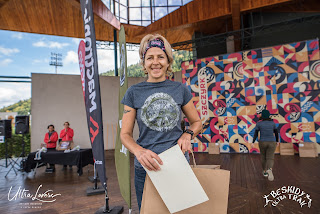 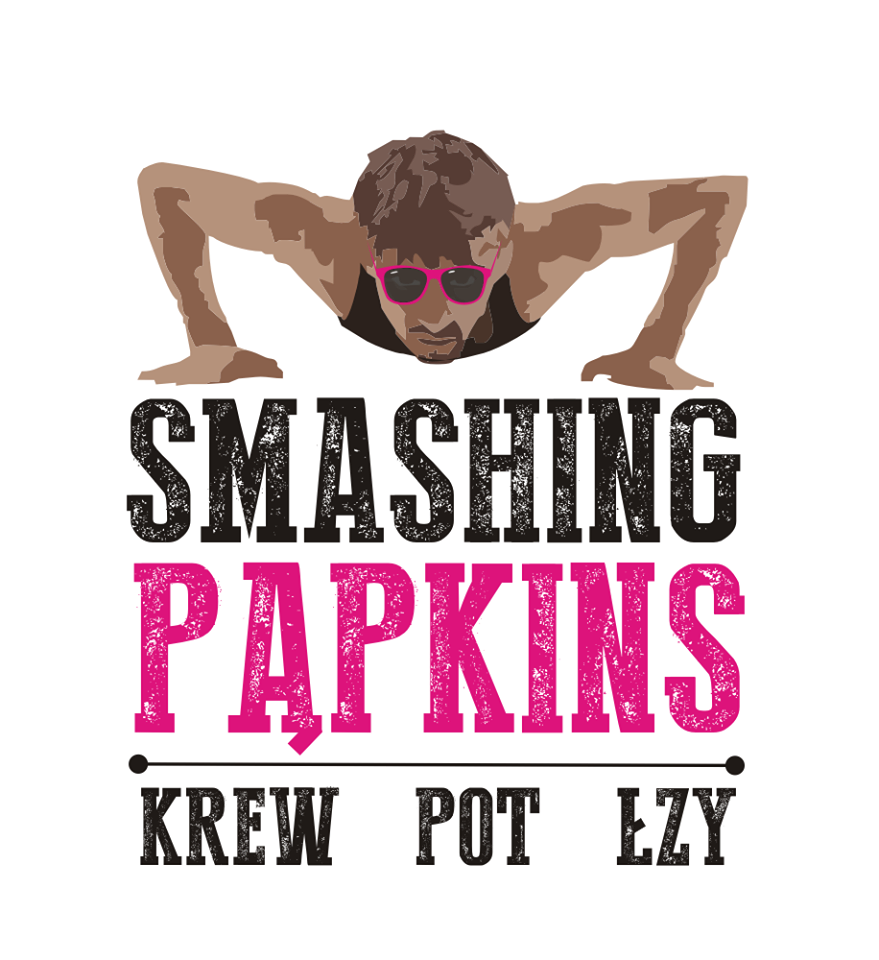